2023: There Wont Be Any Disappointment With An Igbo President, He Will Definitely Develop Nigeria – VON DG, Osita Okechukwu

2023: There Wont Be Any Disappointment With An Igbo President, He Will Definitely Develop Nigeria – VON DG, Osita Okechukwu

The Director-General of Voice of Nigeria, VON, Osita Okechukwu, has assured that an Igbo president would not disappoint Nigerians. 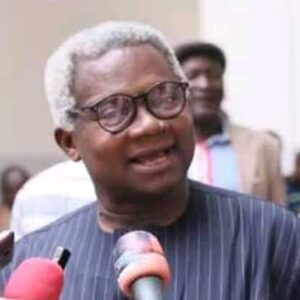 Okechukwu said an Igbo presidency would help develop Nigeria because the Southeast has the requisite talents to do so.

He explained that if given the opportunity to rule Nigeria, an Igbo president would ensure that the Southeast deploys their industries, enterprises to develop the country.

The All Progressives Congress, APC, chieftain stated this while speaking with Osun Reporters.com correspondent on the sideline of the Newspaper’s 10th Year Anniversary/Awards dinner in Abuja.

Reacting to the remark that Igbos are prepared to kneel and beg other regions for the presidency, Okechukwu said it’s the turn of the Southeast to produce a Nigerian president base on justice and equity.

Recall that an elder statesman, Chukwuemeka Ezeife had said that the Southeast was prepared to kneel, prostrate, and beg for the presidency in 2023.

However, Okechukwu pointed out that Igbos are the most patriotic Nigerians, hence should be given the opportunity in 2023.

He said: “When politics is heavy, you hear all sort of things. What the Southeast is trying to tell other geopolitical zones is that going by equity, good conscience, and natural justice, it’s our turn.

“Our turn because the zoning convention came into force in 1999 which is the Fourth Republic, and it was a very patriotic decision for the harmonious and corporate existence of the country.

And luckily for us, there are three geopolitical zones in the South, the Southwest had the first turn of eight years, South-south had six years; so the only geographical zone in the South that has not presided over the country going by the zoning convention is the Southeast. 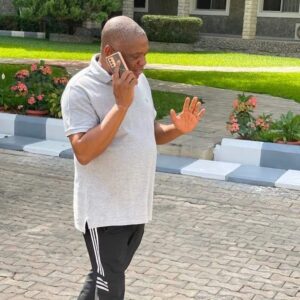 “We are the most patriotic, and we are saying a Nigerian president of Igbo extraction will not disappoint Nigerians. We will bring our industries and enterprises to develop the country.

By presiding over the country, we will help develop it because we are talented to do so. In this Abuja, we have never been minister; I mean minister that allocates land. We have been minister of State but never minister; but we contributed more than any other ethnic group in developing the city. When a lot of people didn’t believe in the FCT, we came.”